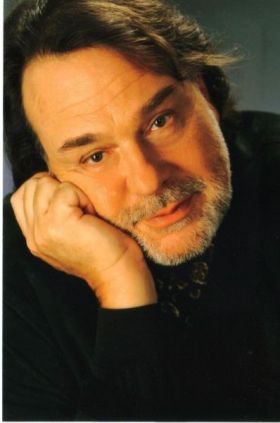 KS Thomas Moser studied at the Richmond Professional Institute in Virginia, the Curtis Institute of Music in Philadelphia and the Music Academy of the West in Santa Barbara with Martial Singher, Gérard Souzay and Lotte Lehmann. He began his career in 1975 at the Landestheater Graz and shortly thereafter gave his debuts at the Bavarian and Vienna State Opera, where he was a company member until 1991. He sang all the important lyrical tenor parts from Mozart to Strauss, while embarking on a career at all major international opera houses, such as the Metropolitan Opera New York, the Teatro alla Scala di Milano, the Opéra de Paris, the Covent Garden Opera London, the Salzburg Summer and Easter Festival, in Chicago and San Francisco.
In the early 90s, he expanded his repertoire to the great German spinto and dramatic roles, from Florestan in Beethoven's Fidelio to Wagner's Erik, Lohengrin, Parsifal, and Strauss's Bacchus and Emperor to Tristan, which he sang in 2003 in a production recorded by Deutsche Grammophon at the Vienna State Opera under Christian Thielemann.
Thomas Moser's repertoire also includes key roles in the French language, including the title roles in Berlioz's La damnation de Faust, Offenbach's Les contes d'Hoffmann, and Don José in Bizet's Carmen, as well as classical and contemporary modern opera. He premiered the tenor role in Berio's Un re in ascolto (first performed in 1985 at the Salzburg Festival) and sang Aron in Schoenberg's Moses and Aron. Moser is also an outstanding interpreter of such difficult roles as the title role in Pfitzner's Palestrina and Paul in Korngold's Die tote Stadt. Most recently, he was also acclaimed internationally as Herodes in Strauss' Salome and in the title role of Britten's Peter Grimes.
Thomas Moser has worked with all important conductors, from Herbert von Karajan, Sir Georg Solti and Leonard Bernstein to Daniel Barenboim, Nikolaus Harnoncourt, Riccardo Muti, Giuseppe Sinopoli and Claudio Abbado to Daniele Gatti, Philippe Jordan and Christian Thielemann. His work is documented on numerous CD and DVD recordings with all major record labels.
In concert and recital Thomas Moser has covered the entire spectrum from lyrical to heroic repertoire in exemplary interpretations of Bach's passions to Schoenberg's Gurrelieder and Mahler's Lied von der Erde.
Thomas Moser was awarded the Kammersänger title by both the Vienna State Opera and the Bavarian State Opera. From 1997-2001 he was a professor at the University of Music and Theater Munich. He is a jury member in many international singing competitions.