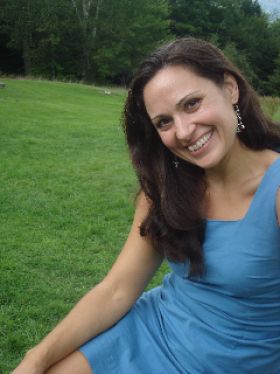 Phoebe Fennell is a certified Pilates teacher, singing teacher and has been on stage for over 32 years. At 14, she made her debut as Luisa in a tour production of The Sound of Music and at 17 she starred in the TV series Fame, as the young opera singer Alicia Morgan.

Her repertoire ranges from the most important parts of the lyrical and dramatic coloratura repertoire  - Zerbinetta (Ariadne auf Naxos), Queen of the Night (The Magic Flute), Gilda (Rigoletto), Blonde (The Abduction from the Seraglio), Musetta (La Bohème) to early modern period with the title roles in Stravinsky's Le Rossignol and Moore's The Ballad of Baby Doe to new contemporary music, for whose interpretation she won many awards in the US. Her interpretation of Maria Callas in Salerni's opera Tony Caruso's Final Broadcast was released on CD with Naxos Classics.

Certified by PowerPilates New York City in 2005, she teaches all levels of classic mat training. She spent 2 years at Lafayette College as a lecturer for both a Pilates and singing. In 2013 she completed her Pilates Standard studio training in Hamburg and has since added a diploma as a trainer for Pilates coaches at RealPilates. In 2012 she joined the faculty of the Lotte Lehmann Academy and Senso Studio Berlin.